🙏 Looking for a quick and easy way to support this site? Click here !

I started as an iOS developer back in 2010, creating my own apps. I did the programming, and my co-founder (and wife) Vicki did the art. While I was creating apps, I wrote tutorials on what I was learning on my web site - raywenderlich.com - just for fun.

The tutorials became popular, and eventually became too much work to do on my own. So I recruited a team of awesome authors, and we wrote tutorials together.

Since then the site and the team has continued to grow, and we are now a team of 200 authors and editors from around the world who team up and create high quality tutorials, books, and video courses, currently focused on iOS, Android, Unity, and Server Side Swift.

Like many of your readers, my transition was gradual, over a number of years.

At first, our team was small, so the majority of my time was spent developing or writing, with only a minimal amount of management.

But as time went on and the team became bigger, management and leadership became a larger and larger portion of my time. At our current company size, it’s now most of what I do!

At our current company size, I consider my main role to help trailblaze new efforts as a company - basically figure out how to do things we’ve never done before. In addition to that, I spend a lot of time pinch hitting on critical team efforts, recruiting and hiring, and building good relationships with the community. So my day to day varies quite a bit, and frequently involves chatting with team members and members of our community, writing and reviewing plans, and generally making sure that everything on our web site is running smoothly.

As with any job, sometimes there are some boring parts, so it can be easy to sometimes get demotivated - such as when you open your email and see 200 unread messages. The thing that helps me the most is to remember why we’re doing this.

My wife Vicki made me this awesome poster that I have hanging next to my desk that contains some of the kind words from our readers, saying how our site has helped them realize dreams, or even changed their life - and whenever I get demotivated I just look at that and feel a lot better! :] 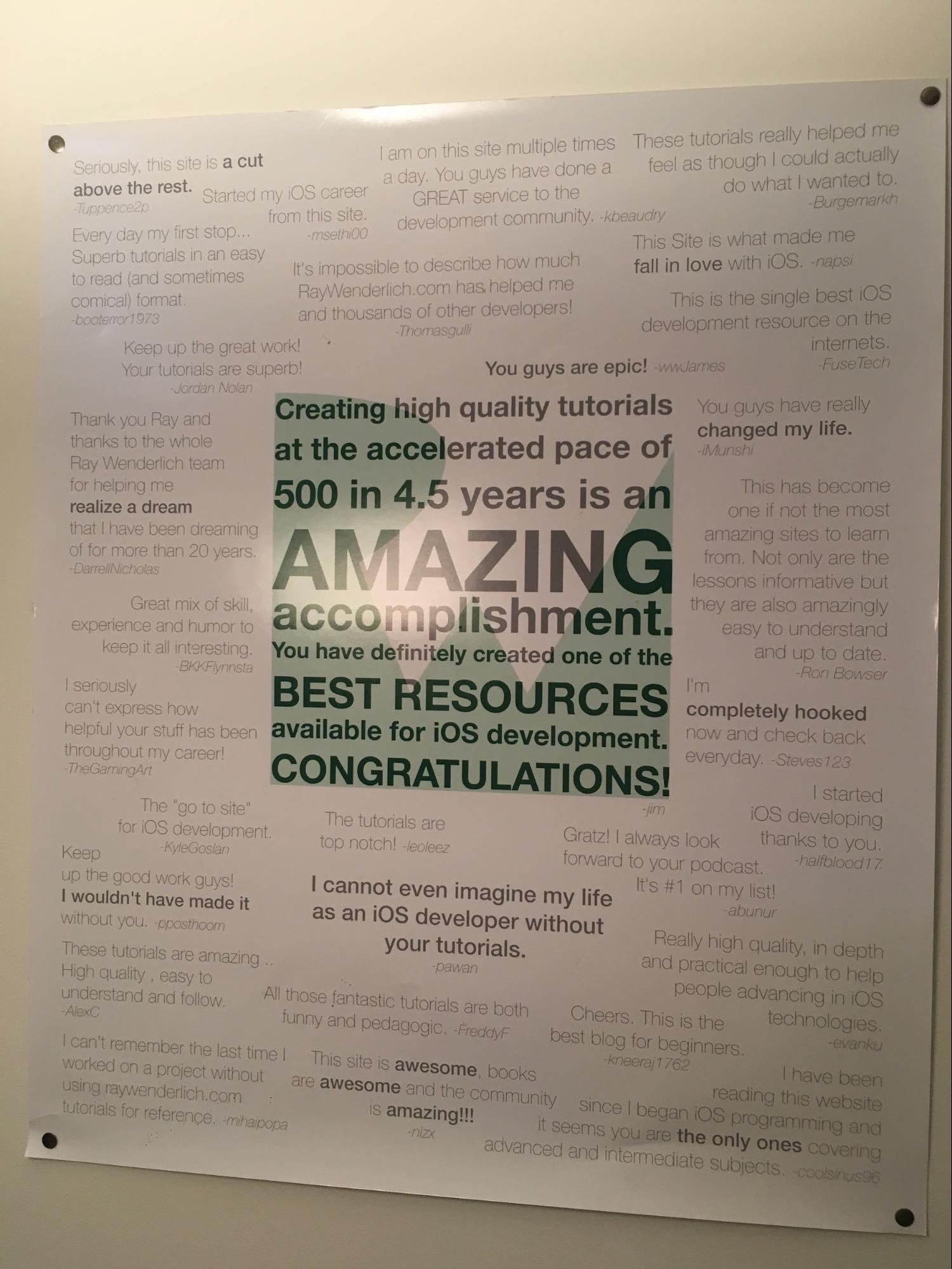 By far my biggest challenge so far has been identity.

Throughout my life, my identity had always been as a software developer. That’s what I did and enjoyed doing. And I had this idea that managers were always “the people who did nothing”, while the developers did the “real work” :]

But as my company grew, I found myself doing less and less software development, and more and more management. So when I looked in the mirror expecting to see a software developer, and instead saw a manager, there was this mental dissonance that made me feel quite badly about myself. 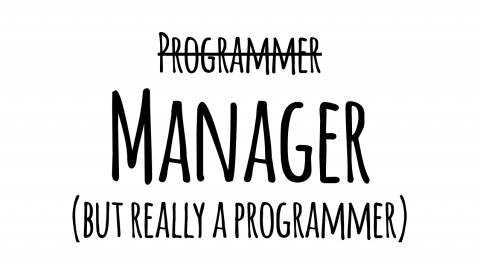 I faced a choice: I could either change my actions (stop being a manager and get back to programming), or I could change my identity (and think of myself as a manager/leader/entrepreneur).

I obviously decided on the latter. And although it seems easy to just make that mental switch, it was still a struggle for me - and took many years to change the way I thought about myself.

Luckily it was mostly a matter of time for me, and I’m very happy with my current role!

P.S. If you’re interested in this topic, my wife Vicki gave a nice talk on Identity a while back:

We are a 100% remote company. In addition to the 200 part-time authors and editors on our team, we also have 15 full-time people whose job it is to keep the ship sailing smoothly.

For a long time, a lot of this information was in our heads, but once we got to a certain size this became a big problem. We’ve now moved to a new system of storing absolutely everything in Confluence, from meeting notes to documentation to detailed guides and more, and it’s making a huge difference. I wish we had started this 5 years ago! 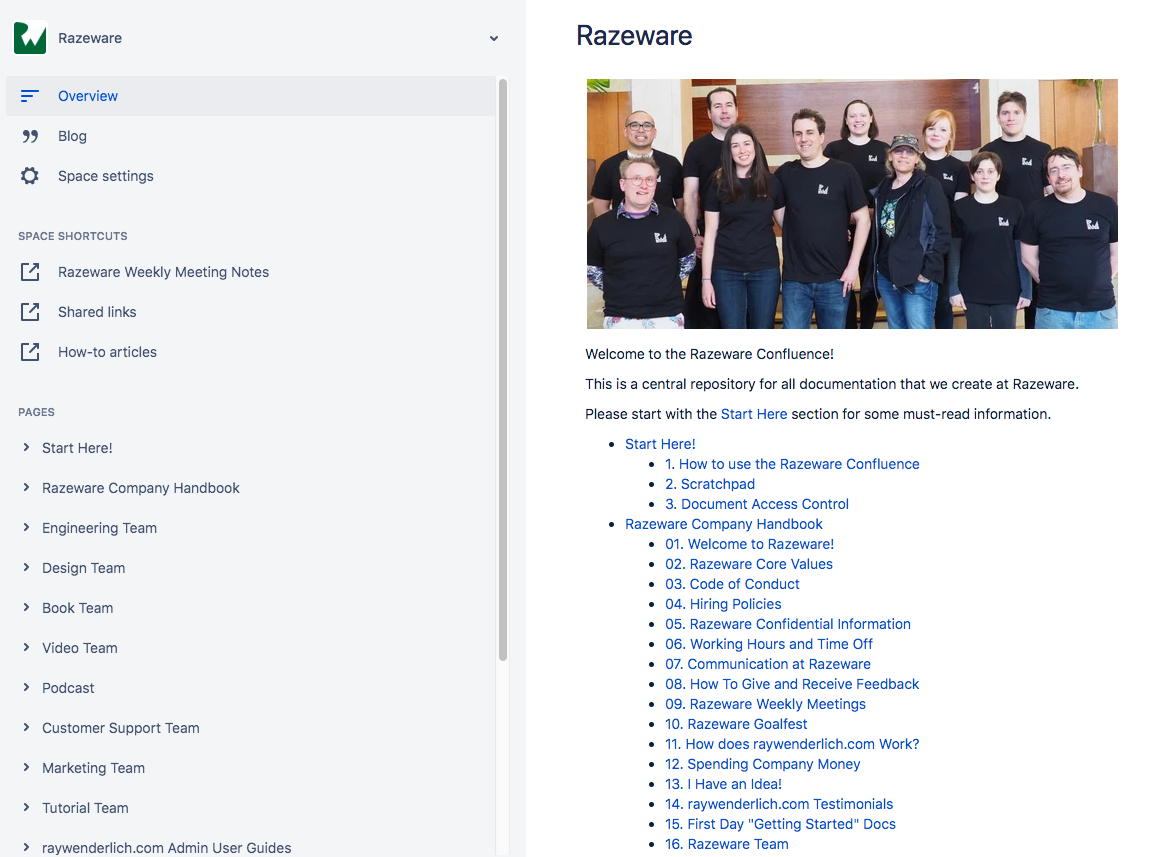 Sadly I ran our company for about 3 years before I started doing 1:1’s. Since then, it’s made a huge positive difference.

It’s just so important to have time to regularly check in with your team. I suggest trying your best to focus more on the individual and their goals and careers, moreso than status checkins, as much as possible.

Follow the golden rule basically. Care about your people, and treat them the way you would like to be treated.

If you do that, everything else works itself out. The most important part of any company is your team, so nurture them with care.

If you’re looking for high quality tutorials on iOS, Android, Unity, or Server Side Swift, check us out at: https://www.raywenderlich.com/.